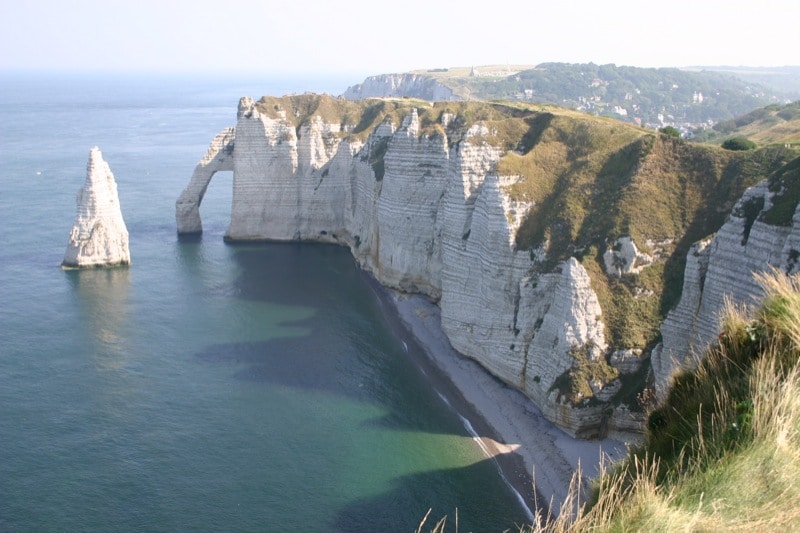 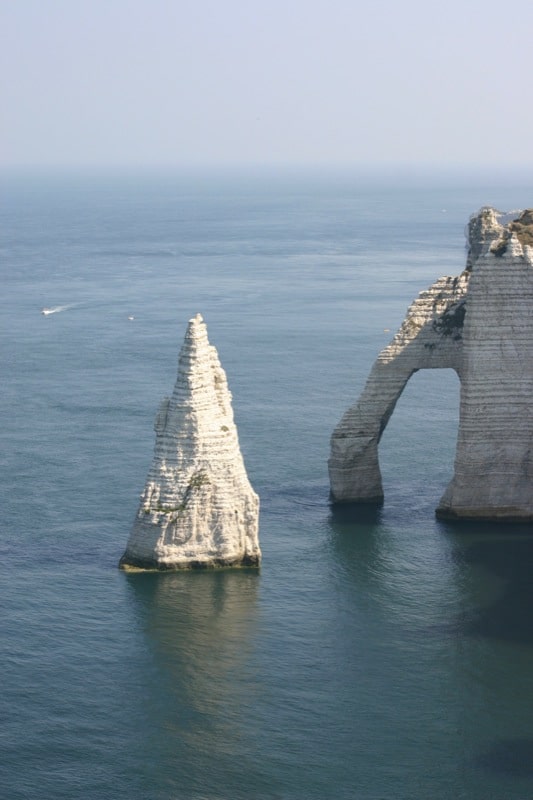 Although the origins of the town of Etretat far back in the past, this village remained until last century a small fishing village. Your campsite is located about 50 minutes from Etretat.

It was at the end of the nineteenth century that the city began its tourist ascent to become a reputable locations, world famous.

Its beaches are pebble and being at the end of the world without rapid communication channel, it will belatedly that attracts tourists unlike its neighbors.

However, with the development of roads and the train arrived, Etretat, already well known as exceptional, will take over all its competitors from the Alabaster Coast.

Etretat, a supernatural and wild landscape

Between the Seine Estuary and that of the Somme, the 140 km of chalky cliffs will give this coastline Alabaster Coast name. If we can see other highest cliffs in Fécamp particular, is in Etretat they are most picturesque in their original shape. Thus three successive arches stand out against the blue of the sea: Front door, door Downstream and Manneporte.

These Nature works were forged over centuries by the action of an underground river flowing under the cliff parallel to the beach and not through erosion as we tend to think, that the waves had expanded by the following arches.

The Aval door is the most experienced of Etretat image. Huge arcade flint whose silhouette resembles an elephant tremperait his trunk in the sea along the needle 51 meters high, sentinel facing the sea that inspired so many painters and écrivains- as told in Maurice Leblanc his novel “The hollow needle.”

On the other side of the Porte d’Aval is the Manneporte that closes the beach Jambourg. Monumental arch that houses at his feet “little strong”, vast circular room where cascading springs pure and cold water from natural fountains called “the pissing.” Access to the Manneporte by linden beach.

Upstream of the door is the small cliff and is recognized through the stone silhouette of the Notre-Dame-de-la-Garde, dedicated to the protection of fishermen. Behind the church is the monument erected in memory of Nungesser and Coli, the first aviators who attempted May 8, 1927 to cross the North Atlantic aboard the Oiseau Blanc.

Finally, the needle of Belval, at the end of the beach to the right of the cliff of Upstream, stands amid the waves, mysterious column always in balance despite the erosion eating away gradually his foot limestone.

From 1830 Etretat attracting a Parisian intelligentsia including many artists, seduced by an exceptional natural environment, sees its urban planning changed by the construction of beautiful villas. The German occupation of the War of 1939 will be responsible for the mutilation of the waterfront, with clean concrete arrangements to defend against a possible landing. The concrete will become disfigured and Etretat thereafter, with the flood of vacationers from leave, a mundane seaside resort that no longer have the own charm to dream Parisian elite. But the celebrity world reputable site will keep qu’Etretat acclaim and always welcome more visitors.

Book now your pitch or accomodation campsite in Normandy to visit the Cliffs of Etretat.